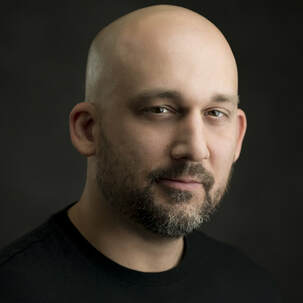 David Barclay is the author of The Aeschylus and 𝑇ℎ𝑒 𝐷𝑒𝑣𝑖𝑙’𝑠 𝑀𝑖𝑠𝑡𝑟𝑒𝑠𝑠.

After growing up in Maryland and attending Washington College, David believed he was going to use his English degree for good and become a teacher. Instead, he used it for evil and became a game developer. He’s worked as a designer and writer in the industry for over fifteen years, providing blood sports for the masses and corrupting today’s youth. When he’s not busy in games, he’s writing novels, and is already hard at work on his next project. He enjoys expensive wine, cheap paperbacks, Dark Souls, and all manner of combat sports.

He currently lives in Napa with his two black cats and his wife, novelist Merry Ravenell.